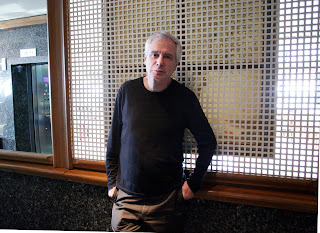 photo Nikos Kokkalias
Early 80s, graduate student in Political Science, I came across a strange book cover: a red unicorn on black background. It was Dan Sperber’s Le symbolisme en général. I read it, I did not understand much, but I carried on for long in my “military” satchel. The student movement of occupations was in its way out, and I have made up my mind to go to France for doctoral studies. Right then, in the library of the Centre for Asia Minor Studies, I met a young anthropologist, student in a notorious university in London, now a prominent figure of the Greek anthropological community. Eager to impress him, I showed him the unicorn book, but his reaction shocked me: "These are dangerous readings, don’t mess with Sperber", he said. Three years later, after a DEA of History at the Sorbonne and a year at the Laboratory of Comparative Ethnology and Sociology in Nanterre, I finally managed to “mess” with Sperber. He accepted me in his seminar at the EHESS, but stipulated that he was no further directing any doctoral dissertation. It took me 12 years to go back to Paris. At the turn of the century, the door of his house remained ajar for me.
In a recent communication with him on Skype, he informed me that he was coming to Athens in early October to participate, as an honorary guest, in the third conference of the European Philosophy of Science Association (EPSA), following a proposal by Stathis Psillos, professor in the Department of Methodology, History and Theory of Science, University of Athens. Throughout the ride from "Eleftherios Venizelos" Airport to Athens, he did not stop inquiring about the situation in Greece. The next day I attended his opening lecture on "”Epistemic Vigilence”. October 7, on the terrace of the hotel Titania, Dan Sperber granted me an interview.


Judge
- Let's start with the name, origin and mother-tongue.
- Sperber, in German, means hawk, a typically Jewish name of Central Europe. I am the son of Manes and Jenka. My father called me Dan (Dan, a tribe of Israel), which means Judge, wanting to indicate that my generation will be the judge of his. I was born in 1942 in Cote d'Azur. My parents where not vacationing there, they had been refugees for a long time. My mother was born in Latvia, my father in Galicia, but during World War I, his family fled to Vienna. With Hitler's rise to power, my father, a co-worker of psychologist Alfred Adler and a persecuted communist, fled from Berlin to Paris through Yugoslavia. During the German occupation, he escaped to the "free zone" in southern France, where I was born in Cagnes-sur-Mer. From there we left for Switzerland. By the end of the war the family settled in Paris, where my father made a career as a writer. Already, since 1938, he broke away from the Comintern, opposing the Stalinist purges. Both my parents being German speaking, their French suffered, nevertheless they insisted upon using only French at my presence.

- Your youth?
- Ah, I too had one! Since the age of 13 I was involved in the anti-colonial struggle, in underground networks helping  Algerians. I belonged then to the left wing of the Socialist Party. In 1963,after the Algerian War we formed in Paris the first Committee Against Apartheid in South Africa. Back then, I believed I was destined to become a professional revolutionary.

May 68
- Your relationship with Sartre and May 68?
- Our path crossed during the anti-colonial struggle, but I was greatly disappointed by the lighthearted position of a good number of comrades repeating smugly that "it is better to be wrong on Sartre’s side than right on Raymond Aron’s." During May of '68 I participated as an independent militant in the Coordination of Action Committee for the Occupation of the Sorbonne.

- How did your political commitment affect your choice of studies?
- Absolutely! I studied sociology, initially at the Sorbonne with Georges Ballandier, then anthropology at Oxford with Rodney Needham. In 1965, upon my return to France, I began working as a researcher at the CNRS. In 1969 I started my 18 month fieldwork with the Dorzé, a small ethnic group in the highlands of southern Ethiopia.

- Your relationship with Claude Lévi-Strauss?
- In 1968 when I wrote my first book, Le structuralisme en anthropologie (Seuil, 1973), I was already attending his seminar in the Collége de France, where  he was kind enough to yield four of his sessions so that I could present my book.

- And yet your critique of his work costed you a kind of isolation within the French anthropological community.
- This was much later, in 1982 when I published the text "Claude Levi-Strauss Today" (one of the three essays of the Le savoir des anthropologues). Here is a funny story: My book had just be come out, I was holding a seminar at Nanterre, and none of my colleagues were talking to me. During the break, one of them, making sure that nobody was around, whispered in my ear: "I agree with you."  My writings on the relationship of anthropology and psychology also caused controversy, which became poignant with my turn towards naturalism in the '90s.


- When did you discover Noam Chomsky?
- I came across his work in 1964 and I felt that I was in the presence of a great thinker. That same year I attended his summer school on linguistics in Los Angeles. Chomsky was my biggest influence at the time.


- What are your thoughts on post-modern anthropology;


- What I see is the progressive abandonment of the central purposes of scientific research, particularly in the cultural studies' departments, underestimating the need for serious and systematic ethnographic work: students that are taught anthropology but do not practice anthropology, dominance of relativism, confusion between description and interpretation, endless navel-gazing. There is lots to be done both in ethnography and anthropology, but we need to bear in mind that  we are dealing with two distinct scientific disciplines.


- What is the role of values ​​in scientific activity?
- Knowledge is a  value in itself. Scientific truth is a value in itself. If your question suggests, for example, whether science can serve the demand for social justice, my answer is yes, there can be justice in science. In order to change the world for the better, we need to get to  know it better, to interprete it  better; presupposes a good understanding of the social, not only a better choice of means and ends of political action, but also the evaluating of the results of this action in society and the world. It is equally wrong  to believe in the omnipotence of science, or politics. We must preserve the primary motivation for revolutionary action, the revolt against misery, injustice, oppression, that victimizes a large portion of mankind, and at the same time ensure that the outcome of this action will not be a new tyranny. Lets consider  the very concept of revolution: it is a means to fight for a more just world -the revolution can not be an end. In the history of mankind, the great revolutions that succeeded in radically transforming the world are technological revolutions: the Neolithic revolution, the Urban revolution, the Industrial revolution, and most importantly, I think the one we are experiencing right now, the Informational revolution, to wich the Industrial revolution was probably a prelude. No oter revolution in history has ever been democratized as fast as this one, and this revolution is not over yet.
Europe / Greece
- What are your feelings on Europe and on Greece?
- What do you like me to say on Europe? I Will say it: Long live Europe! The question of "Europe" is a matter of sense of history.The 20th century was a century of horrible wars and mass massacres. Long Live Europe! Long live Europe, then, because we need to protect peace, and that only a united Europe can accomplish. Protect peace in Europe first –I do not know if that is sufficient to ensure world peace, but lets not forget that both World wars began in Europe. As for Greece, although I’ve been coming here since 1960, I can not bring myself to talk about it. What do you like me to say? Τhe platitudes of how much I love it? I read the newspapers, and it is painful to me, and not only to me, what is happening in Greece right now. The only thing I can tell you is that I am feeling solidarity. 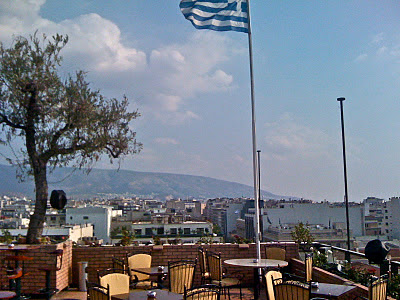 Rich and wide range work in social and cognitive studies
Dan Sperber is a social and cognitive scientist. Emeritus Director of Research at CNRS, Professor at the Department of Philosophy, Central European University in Budapest, director of the International Cognition and Culture Institute – a joint web-based project of the LSE in London and the Institute Jean Nicod in Paris (ENS, EHESS, CNRS), has taught at Cambridge, the British Academy, University College of London, London School of Economics, the Van Leer Institute in Jerusalem, the Institute for Advanced Study at Princeton, the Universities of Michigan, Bologna, Hong Kong and Chicago. His writings spans a wide range of disciplines (ethnography, anthropology, linguistics, psychology, philosophy), contributing to the establishment of a new epistemological field (cognitive studies), which aims to consolidate into a new paradigm the study of three heterogeneous  types of objectivity: the natural objectivity of the external world, the computing neural –combutational objectivity of the brain and the logico-symbolic objectivity of language. Milestones in his work -written both in French and English: Le symbolisme en général, Hermann, 1974 (Rethinking Symbolism, Cambridge UP, 1975)), Le Savoir des anthropologues, Hermann, 1982 (On Anthropological Knowledge, Cambridge UP 1985), Explaining Culture, Blackwell 1996 (La contagion des idées, Odile Jacob, 1996).
He co-authored with  the British philosopher and linguist Deirdre Wilson, Relevance: Communication and Cognition, Blackwell 1986 - 2nd Rev. Edition 1995 (La Pertinence, Communication et Cognition, Minuit 1989), an innovative theory on linguistic communication that had an international impact. In 2009 he was the first to receive the Prix Claude Lévii-Strauss of the French Academy of Moral and Political Sciences, which rewards excellence in humanities and social sciences.
His articles are available for free on the Internet from his personal website www.dan.sperber.fr
A selection of texts, representative of Dan Sperber’s intellectual itinerary of the last 30 years, will be published by Nefeli editions. 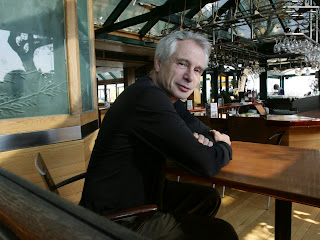 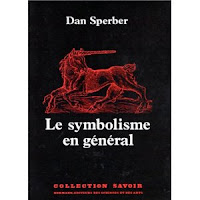 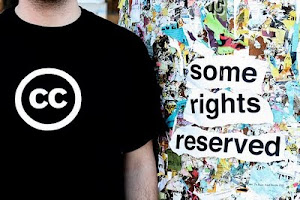